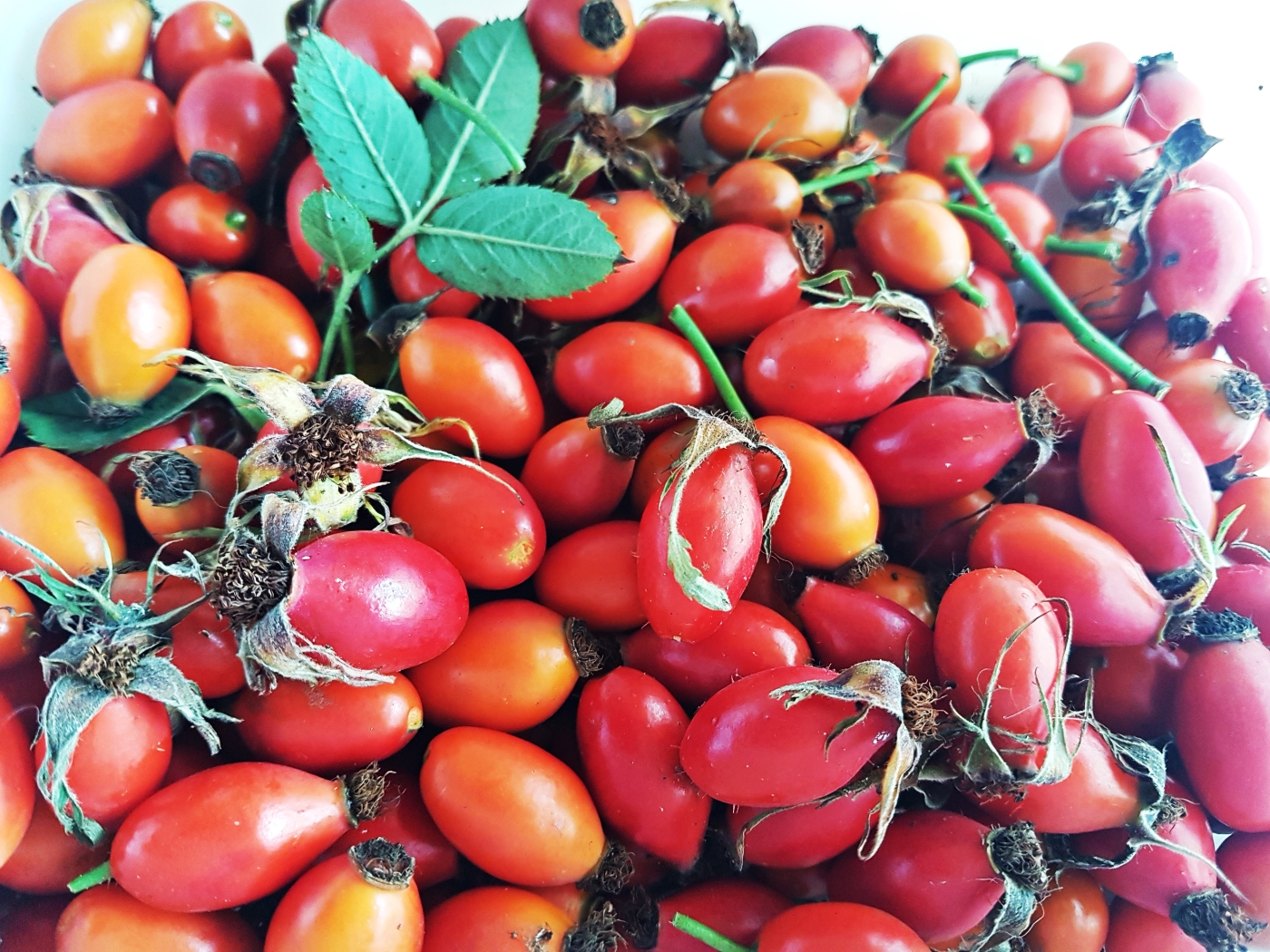 I tried something new this year and finally got around to experimenting with Rose hips. I hear a lot of good things about the benefits of these red berries to the immune system. They are high in vitamin C and good as an anti-inflammatory, amongst other things. Whilst you can get it over the counter as expensive ready-made supplements, or as a tea, why not make your own for less?

Firstly, I found a simple recipe for Rose hip Jam via The Old Farmers Almanac. I wanted a recipe where I didn’t have to buy pectin. If I can’t make it with water, sugar and lemon juice, I’m just not interested.

I love recipes which utilise plants that self-manage. Rose hips, like their woodland counterparts Blackberry and Elder, don’t need any work. They are just there, doing their thing every year in the wild, and me and the birds get to reap the rewards. I’ve seen those splashes of red everywhere when I have been out foraging in my town in recent weeks, and it seems ridiculous to waste it when it’s there for the taking.

Most recipes say you need to remove the insides where the hairs and seeds which are an irritant, but I found a Scottish one that didn’t and that’s the instruction I’ve used for my jam recipe and for all the others going forward. You just have to make sure you strain everything properly towards the end, which isn’t as difficult as it sounds.

Having tested the jam recipe and finding that I like the taste, I have been looking at other uses for Rose Hips since there seem to be so many of them about. They have a very distinct taste that won’t be to everyone’s liking, but it’s one I’ve started to become quite addicted to.

With my second picking I made Rose hip tea and a cordial. Rose hip tea is easy to do, and I used a coffee maker and filter to finish the job – you must remember to strain rose hips properly!

Rose hip cordial is a more fiddly recipe – more than I am used to. But it was ultimately a very satisfying process, and it tastes fantastic, so it was worth the effort. It also uses a lot of gas. I am usually reluctant to try recipes that require a lot of time in the oven or on the hob. August and September see a spike in my gas consumption as I make jam and cordials. It’s a bill I prefer to keep down, but the long term investment on the foods I am making is worth the extra pence.

I am going to do a third picking since there are so many Rose hips out there ripening at different speeds, and I will store the next lot dried to use throughout the winter. They don’t need bottling or freezing like blackberries, so storage is less of an issue and that’s really helpful for continuing to make the most of these fruits.